That’s the final tally raised for the Brant United Way in yesterdays Hockey Night in Brantford game. What a huge success. I’ve got lots to show here from my experience at the game. 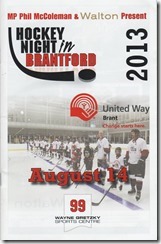 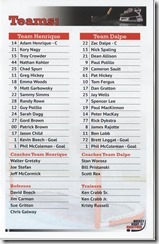 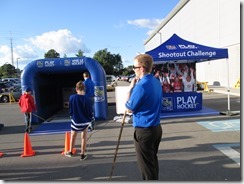 One of the displays was put on by RBC Royal Bank. They had a display with a target shooting game. The person who hit all nine sections in the lowest time won an autographed Steven Stamkos jersey. 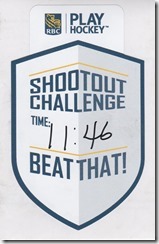 Unfortunately, as an employee, I was ineligible to win.

Going into the Wayne Gretzky Sports Centre (where the game was played), there was a display from the HHOF. 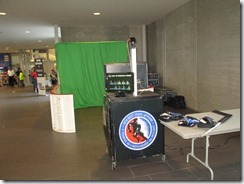 Booth where you could get a photo made of yourself in hockey equipment. 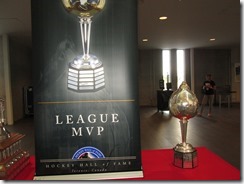 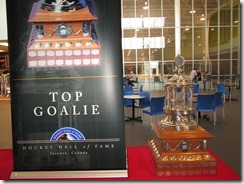 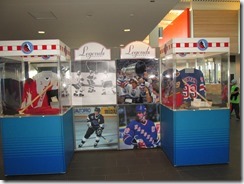 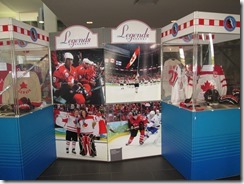 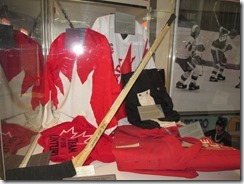 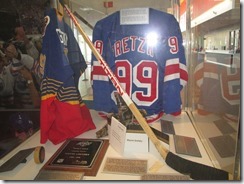 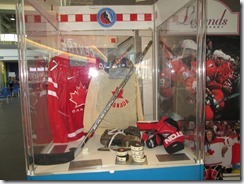 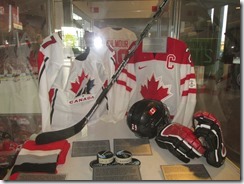 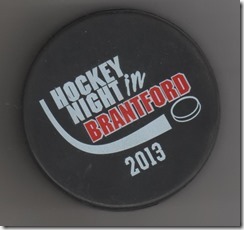 Commemorative pick given to all attendees

We’re getting to the end folks. Post game autograph signing. Now there was no communication on how this would happen. I stood outside the dressing room hallway hoping to get a signature from whomever emerged from the bowels of the rink. After chasing down a few players, I found out that there was a table set up for an autograph session with Adam Henrique, Zac Dalpe, Nick Spaling and Kory Nagy). Now the dilemma. Do I get in line or do I wait in the hallway. Common sense tells me get in line. Glad I did. They cut the line off after I got in. At least, this would guarantee me those player’s autographs.

Here’s my haul for the evening.

At the RBC Royal Bank booth, I also received these mini-sticks. Had two signed by former WHA and NHL player Pat Hickey. Since I already had all his cards signed Pat Hickey, this was the perfect item as he is an IA with RBC Dominion Securities.

With the roster known in advance, I took the opportunity to make some CIC’s.

Three of Brantford and area female hockey players who have played at a higher level of competition. Obtained 2 of each.. Had a chance to talk with Emma’s grandmother and chatting with the boy friends of Sammy and Sarah. 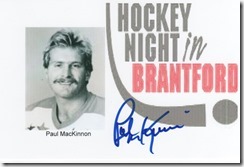 After about a 1/2 hour wait, I finally reached the autograph table and warned to only get one item signed. 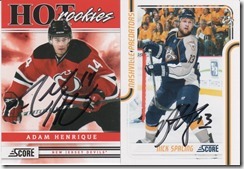 Since I was at the end of the line, I also got these. 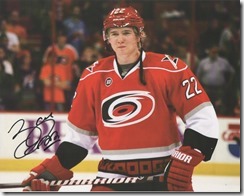 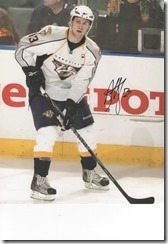 The players had these 8 x 10’s they were signing. 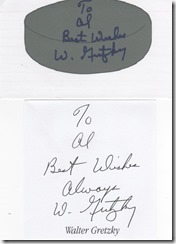 And in Brantford, no event is complete without the Lord Mayor, Walter Gretzky. He signed my generic index card with the puck image. I carry these around in case I happen to meet a former player so I have something to get signed. And Walter had his imprinted pad of paper to sign. Since I was the last person, he kept asking me if I wanted more autographs. So i got ones for my wife and two grand daughters.