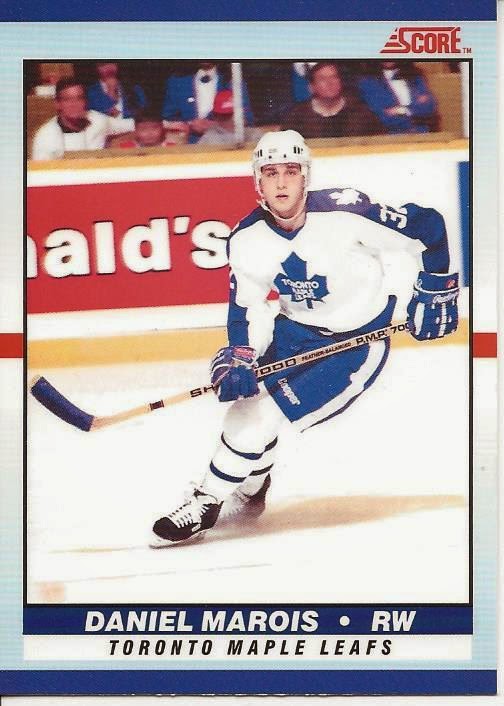 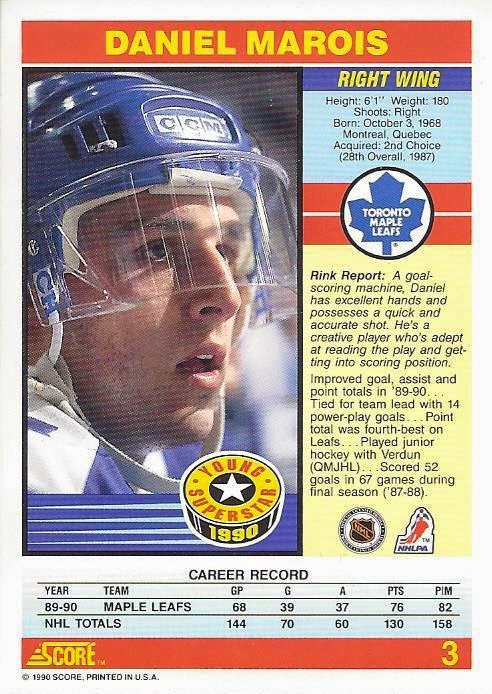 As with all natural goal scorers, once you stop scoring, your time is coming up. Not in a good way. With 21 and 15 goals in the next two seasons, the rise and fall of Daniel Marois was in full effect. After being traded in 1992, back woes began for him. Another strike. Back surgery forced him to miss the 94/95 season. Strike three and you're out. well, except for three games with Dallas in 95/96. He spent the rest of his hockey career in the IHL and for various clubs in Europe.

As you can tell by my blog heading photo, I'm a big Leafs fan. But I have to admit, we have young but no superstar here. (no star either)