Yesterday was Family Day here in Ontario. It is celebrated on the third Monday of February. It is a day off with pay to spend time with your family and loved ones. It's also a day off between New Years and Easter, which is supposedly a long time. I'll take it. I used it mostly to rest up but I did make it to one event. It was a free Family Skate Day presented by RBC Canada. In Brantford, this year they brought in Tyler McGregor, a sledge hockey player with the bronze medal team at the 2014 Sochi Winter Paralympics. 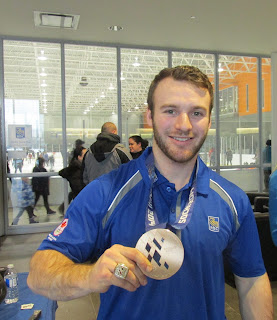 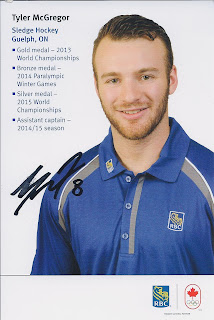 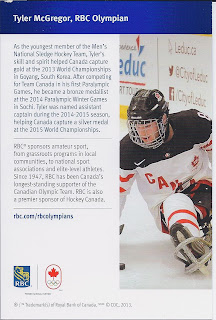 As a RBC Olympian, he had these postcards to autograph and give out. This event was held at the Wayne Gretzky Sports Centre and there was a hockey tournament being played. From what I observed, there were a lot of kids getting his autograph on this as well as mini sticks and pucks. ( I didn't get either of those) 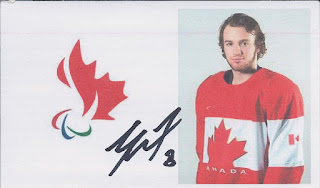 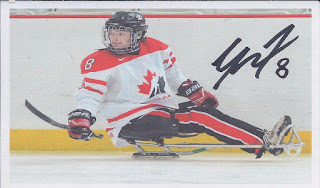 I did get these two custom index cards signed that I made sure had plenty of white space for his signature.

He also had his sled ("sledge") there on display so you could see up close what it looked like. I should have taken a picture but neglected to do so.

You can read his inspiring story here. 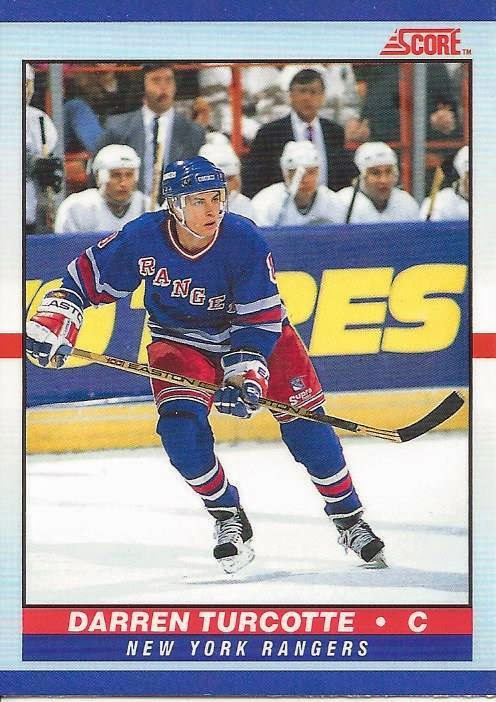 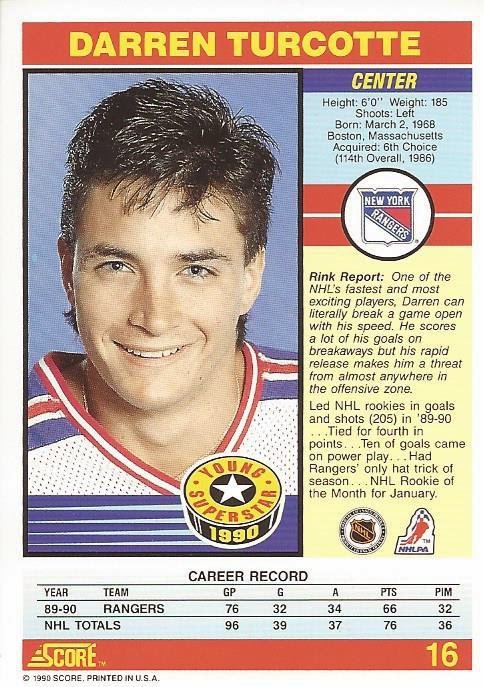 Debuted on Oct 6th, 1988 playing left wing with centre Marcel Dionne and right winger Guy Lafleur. He was a pure goal scorer with a quick shot. Missed a lot of time due to various injuries including 13 games in 96/97. He puncture his eardrum with a cotton swab, affecting his balance.

Not a heck of a lot to say. Again, another not young, not superstar. He does get props from me as he did own some card stores during the "junk wax" era.
Posted by hockey kazi at 12:44 PM No comments: