On a cold winters night.,  I had to make a stop at Dollarama. After seeing the new hockey repack that
Doug from Sportscards from the Dollar Store opened, I checked to see what they had. Lo and behold, there weren't any of  the 80 card repacks but a 40 card one that included one memorabilia card . 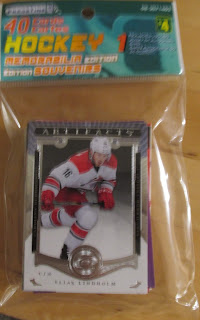 I'm a sucker for jersey/autographed cards so into the basket it went.

And here they are in all their glory that shone round about them. 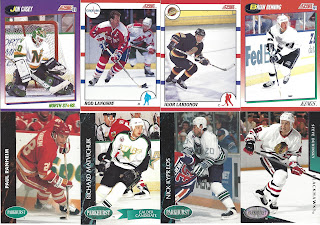 Your usual suspects, Score and Parkhurst. 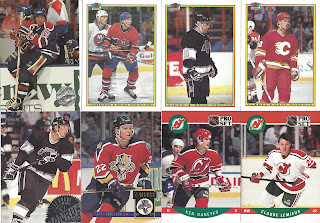 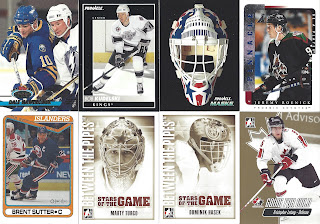 A mix of newer stuff. 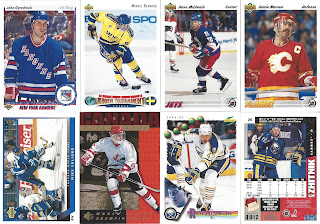 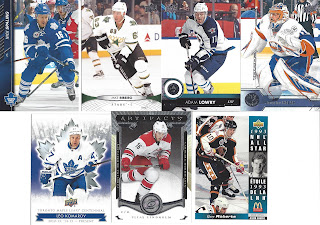 The Artifacts was the card showing on the front. On the back was the Komarov card from Leafs Centennial set. I did need another one so I picked this pack.

And the star of  the pack 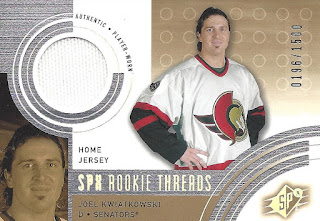 According to my records, this is the first Joel in my collection.

As expected, a bunch of junk wax era cards and a few Leafs for my collection. There went my $4.00 on a fun little rip.