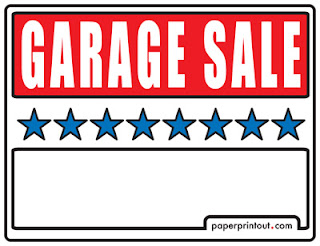 I went to my third garage sale in two years and believe I did fairly well. 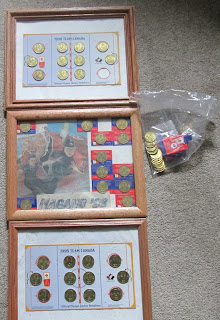 All told, three complete sets and about 30 extra coins. 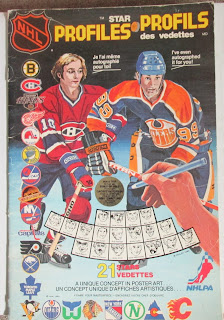 1980 Star Profiles colouring book--uncoloured with all the pages 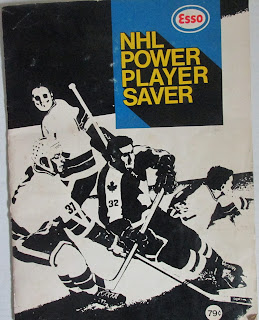 Complete with all 252 stamps. 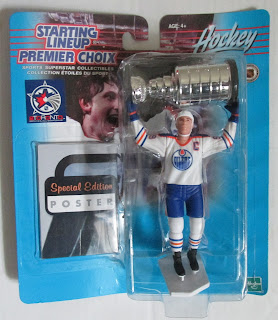 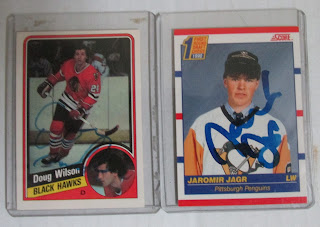 No box but still in fantastic shape.

Now it you've read this far, you're probably wondering what I paid for these items.

I'm going to turn this into a contest and here are the rules.

1) First person to guess the exact amount wins.
2) If nobody guesses by the end of Canada Day (July 1), the first  one coming closest without going over will win.
3) If all the guesses are over, the one going over but the closest wins.
4) You can guess once per day.

I haven't picked out the prize package yet but will consist of some autographed hockey cards. 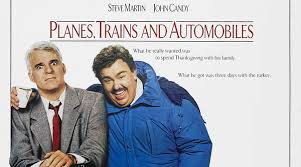 I wanted to have a title to evoke Planes, Trains and Automobiles. I would showcase the different ways I have recently received cards in place of the different ways Steve Martin used to get home.  This is the best I could come up with.
There are also some weird connections between some of these transactions.


Back on April 11th, I posted that I wanted to expand my Blue Jays card collection. Lo and behold, same day, Richard @ tbjc blogged that he wanted to purge himself of Blue Jays cards and was concentrating on his Joe Carter player collection. I sent him an e-mail and he sent over some goodness. Now like a lot of collectors who weren't collecting or stopped during certain periods, there were a lot of cards from sets I didn't even know existed. He checked my want list on Zistle and completed some team sets. 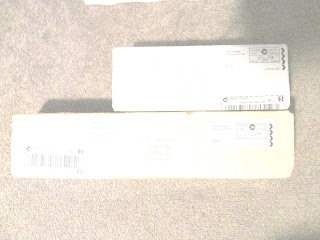 Here is a look at the two boxes I received.
There was a lot of goodness contained therein.

Vintage, shiny oddball, it was here. I had no favourites as I needed them all.

Then my first Zistle trade with Ron (opierocks). He proposed a small trade of some of my Blue Jays wants for some of his hockey wants, I was okay with that as I had multiple copies of what he wanted that were available. 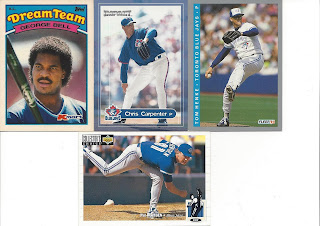 Here's what I received. Four more Jays of off of my want list.

Now things get a little WEIRD.

Jeff at 2 x 3 Heroes was giving away some hockey cards from the teams that didn't make the finals. My Leafs were still available and I grabbed them. The SUPER PWE arrived 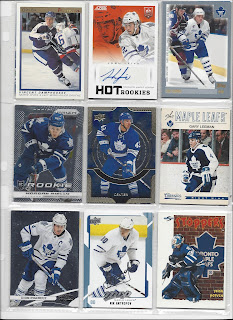 Nine pocket page cut into thirds and stuffed with 27 cards. Fits nicely into a PWE.

Some of the cards I had, some not.  Now the card in the top left hand corner. A 90/91 OPC Premier # 21 Vincent Damphousse.  I had 6 copies but sent one to Ron in my Zistle trade. Now, miraculously, I have six copies again. WHAATTTT.
The Leafs were also one of the teams that had a "hit", the Josh Leivo autograph.

So, getting caught up with my incoming packages. I just think of the weird coincidences that occurred. I guess that these were meant to be.

Next post up, my finds from a garage sale that may, as they say, knock your socks off.
Posted by hockey kazi at 10:55 PM 1 comment:

Conversations with a Rattlesnake 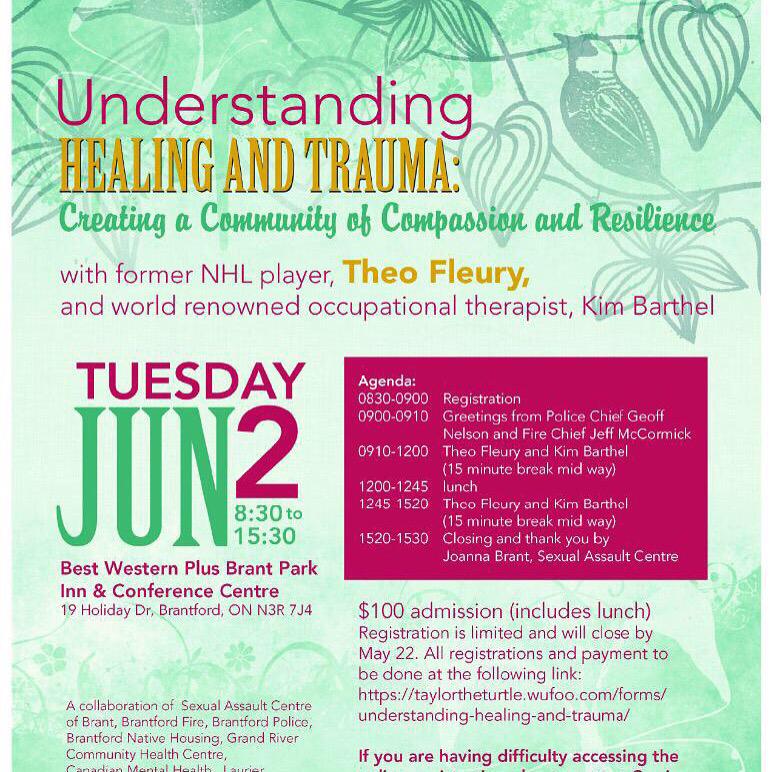 Last week in Brantford, a day long conference Understanding Health and Trauma: Creating a Community of Compassion and Resilience was held. It was about trauma and healing and benefited those who deal with trauma, from teachers to police officers to paramedics.

Theo Fleury and occupational therapist KIm Barthel, who co-authored Conversations with a Rattlesnake with Theo were the guest speakers. It was a day long conversation of healing and recovery. There were plenty of questions and stories. I could not attend but to the rescue was my friend Dennis. He said he would try and get some autographs for me. 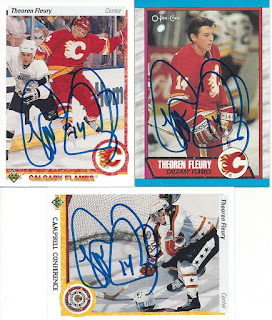 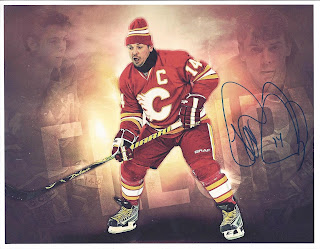 Dennis had this picture printed for me and got it signed. 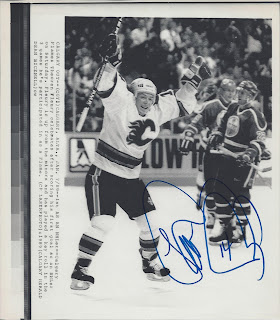 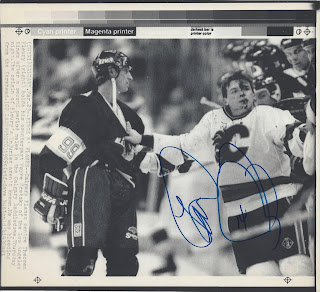 I also got these two laser wirephotos signed.

Thanks to Dennis for getting these to add to my collection. My first Fleurys.

More info on Theo and his work can be found here
Posted by hockey kazi at 9:59 PM 2 comments: 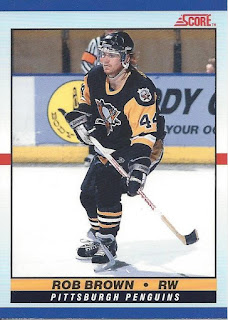 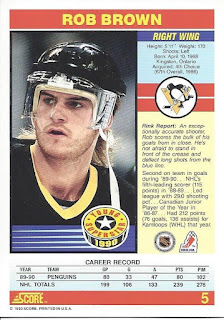 I guess playing on a line with Mario Lemieux will help pad the stats a bit.


All you Leaf fans know the call--Down goes Brown"

I've written before about picking up repacks at Shoppers Drug Mart. They have the display right at the checkout counter. Standing in line while waiting to checkout, I can't resist the lure of these 99 cent packages. This one contained a pack of 98/99 UD Choice preview and a retail pack of 06/07 Parkhurst.

UD Choice preview  have  the word Preview on it but that's the only difference from the regular card.

The 06/07 Parkhurst pack had this waiting for me. An eight year old redemption card. Its for an autograph of Richard Brodeur. Can't redeem it now as it's not found on their website. 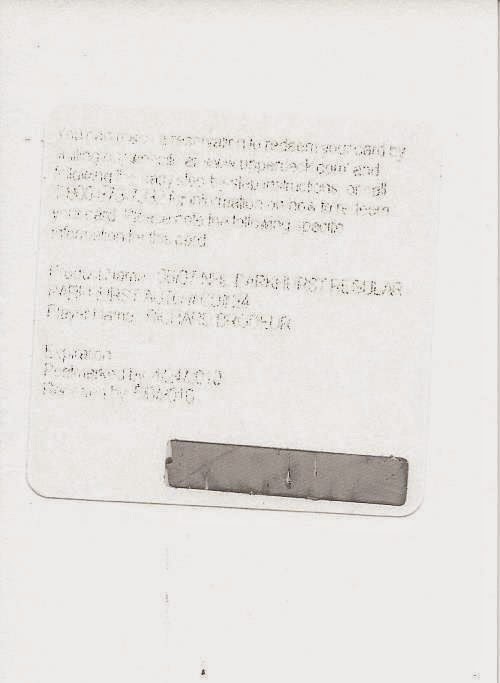 Guess I'll have to try and pick one up to go with my redemption. 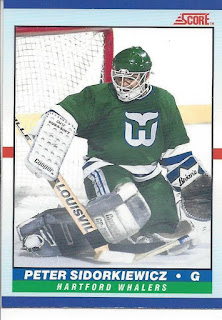 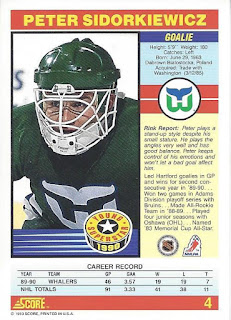 I think we're pushing the limits as to young. Even though goalies mature later, 26 is a stretch to call young. Superstar. Umm, err. what to say. He is the number one ranked Polish born goalie to play in the NHL. Not quite enough to be equated to Superstar.

I did manage to meet him and get his autograph when he was an assistant coach with the Erie Otters.

Posted by hockey kazi at 9:55 PM No comments: