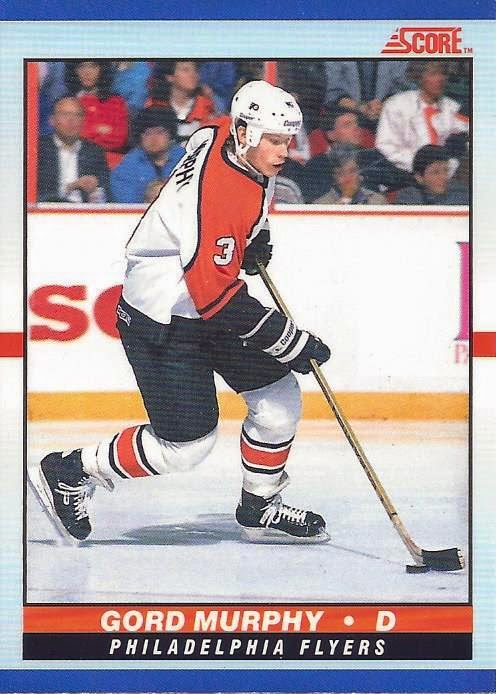 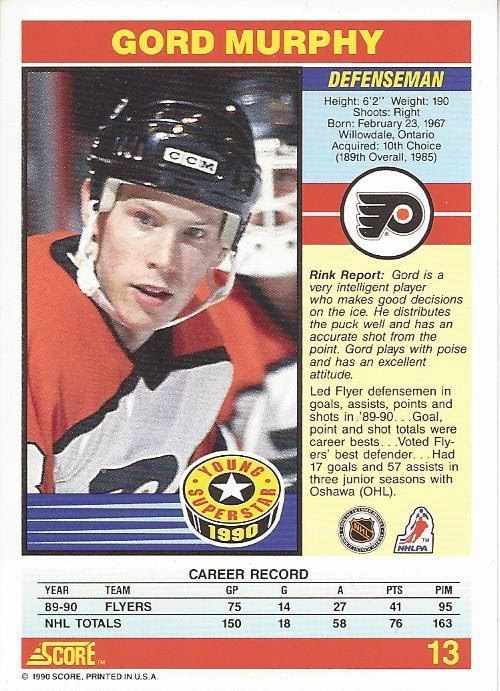 A ninth round pick, 189th overall in the 1985 NHL Entry Draft. Despite being picked that low, he played 14 seasons in the NHL. Despite being a 6'2" 200 lbs, Gord was more of a finesse player. He relied on positioning, a poke check and wrapping up his opponent than using the body. He won the Barry Ashbee Trophy in the 89/90 season as the Flyers top defenceman.

One of the times using his body.

I say not young and no superstar here.

A couple of  weekends ago, the Rogers Hometown Hockey Tour visited Brantford. It promised a weekend of free outdoor hockey activities culminating with an outdoor viewing of the Oilers vs Sabres game. Coincidentally, the annual NHL Alumni team vs local law enforcement team game was happening during the same weekend. This was an added bonus. And they raised $10000 for Special Olympics. 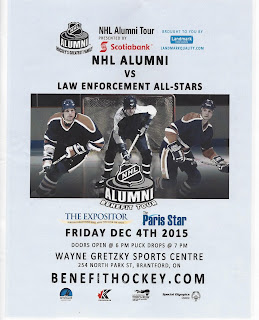 I already have autographs from all these guys ( Vaive, Daoust, Napier, Pelyk, Iafrate et al) but did get some signatures from one television personality. 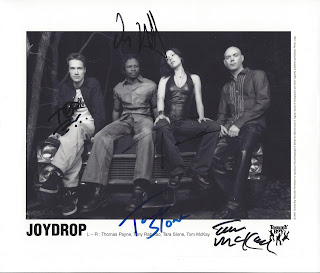 2002 Juno nominee while in the band Joydrop. I already had this band signed photo but she signed it in black on black. Had her sign again in blue sharpie. 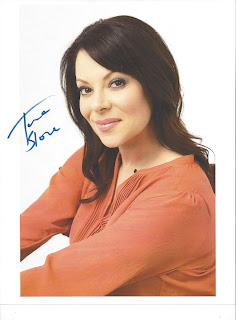 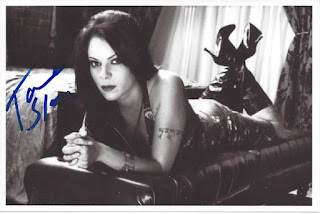 Have an extra one of this available.


She has appearrd on television and on the big screen (Foolproof with Ryan Reynolds). Not many people recognized her so we were able to have a good chat. 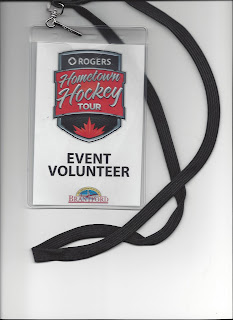 So when the call went out for volunteers for this event, I was there like white on rice.

Marty McSorley and Darryl Sittler were there signing autographs. I was working when they were signing so did not get any signatures. Also, I was not working this area.

Here's a complete list of the events for the weekend.

There were interactive experiences inside the Rogers truck. Wasn't working in this area either but did get these. 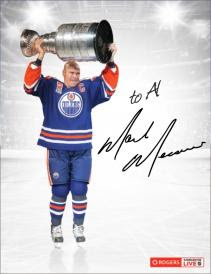 They had a list of players you could choose from to get a virtual autograph. You input your name and e-mail address and this gets sent to you. Can't argue with a Messier autograph. 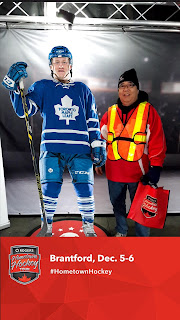 You could also choose from a list of players to get a photo with.
I was hoping to get a plum job but as you can tell from the reflective vest, I ended up working parking and the fire pit and roasting marshmallows.
There was a KidsZone filled with hockey themed games,activities and skills and drills competitions. 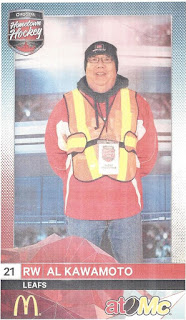 You could get a hockey card done at the McDonald's booth. There was also free coffee and hot chocolate.
At one of McDonald sponsored activities, I met Captain Canada Tom Stewart. He's actually a Brantford native.. I helped him replace some netting on the nets. His story is pretty cool. 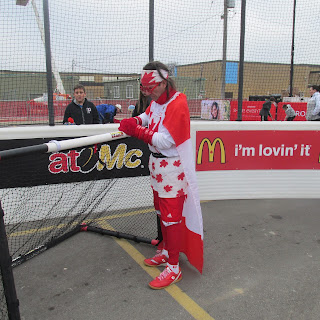 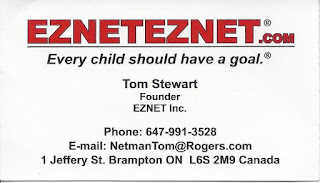 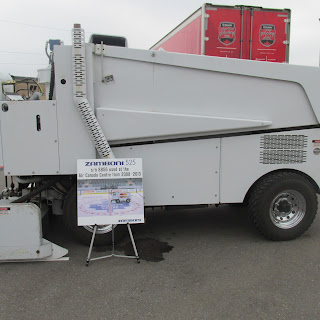 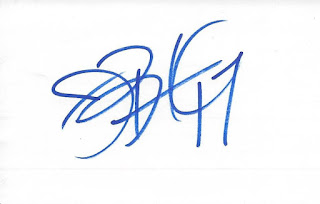 Talked to sportscaster and author Ken Reid. His book Hockey Card Stories is pretty good. He informed me that he just signed a contract for a second book in the series. I posted that tidbit in one of my Facebook groups. Bruce Dowbiggin, reporter, broadcaster had just interviewed Ken on this very subject.
Listen to it here.
And what better way to end things off than with Fireworks (in December) . 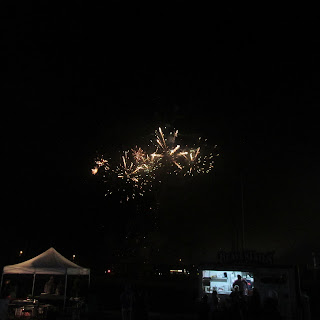 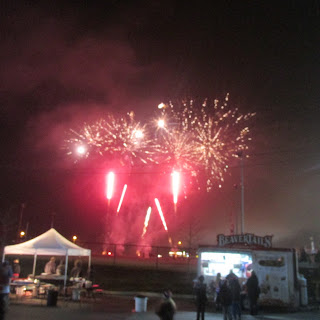 If you have an opportunity to visit this event when it's in your neighbourhood, I recommend it. Volunteer if you have a chance. I met a lot of new people which is not a bad thing. It's fun and you can help your city out. Can't wait for the next big event whatever and whenever that happens.

Posted by hockey kazi at 5:48 PM No comments: 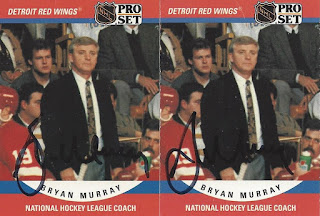 This is my second return of three I have sent out this year.
Posted by hockey kazi at 7:46 PM 1 comment: