Yes, 51 weeks. That's how long ago my last post on my blog was. I have been reading all of my favourite blogs and following on social media (FB, Twitter, IG). Seems like I don't have enough hours in the day or the energy to post. The past year has been really busy in my life. The cat rescue (Hearts to Homes Feline Rescue & Sanctuary that my wife and I run has engulfed us. The past year has been our busiest, mostly due to COVID. It's been a balancing act as there were more cats in need and our fundraisers were diminished or cancelled completely. That's what I've been doing. In the hockey card vein, I've been selling a lot of 90's junk was era stuff. Last year I couldn't give it away. This year, most of it goes within a couple of days. Whatever the reason, I'm taking advantage before the bubble bursts. One more in my recurring series, Oot and Aboot. 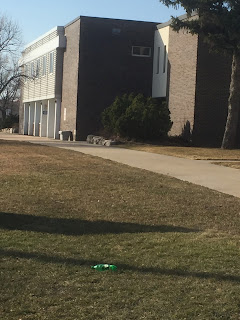 What's that you may ask. Looks like it's just some building. 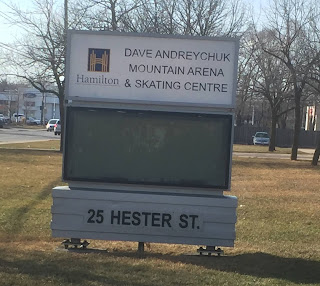 The old Mountain arena In Hamilton was renovated and renamed to honor Dave in 2005. This is where he grew up and learned to play the game. One of my former workmates grew up with Dave and Allan Bester and they played on the same hockey teams. When we played on a work league team, he was so much better than the rest of us. I can't imagine how much better the pros are.

Hope it won't be another 51 weeks.