It's time for another episode of Oot & aboot. As a special bonus, there will also be a history lesson of sorts. 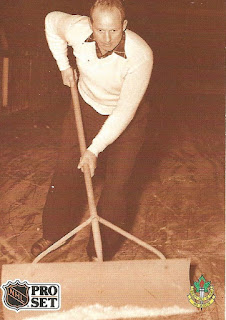 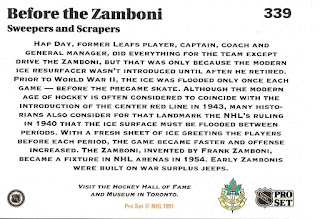 In the early days of hockey, the ice had to be shovelled manually or scraped by a tractor with with a large blade. Some used a wheelbarrow, hoses and squeegees to flood the ice surface. Others made their own contraptions to water the ice. This was a very time consuming process. Frank Zamboni owned a skating rink and the length of time to resurface would cut into their profits.
90/91 Upper Deck # 549 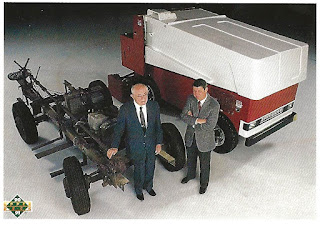 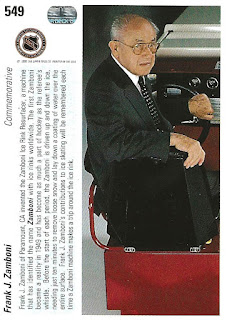 With a background in refrigeration and cooling, he set about to build a better mouse trap. His first prototype was a tractor towing a machine which attempted to sweep the ice shavings. Unfortunately, it proved unreliable. He tinkered with this from 1942 to 1947 but could not come up with anything to suit his needs. He then started with a new blueprint, to combine the tractor and trailer into one machine. A few more years of modifying the machine ensued, and in 1949, he had built the Zamboni ice resurfacer which is pretty much what is in use today. It made its NHL debut on March 10 1955 in Montreal. 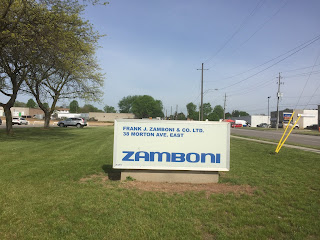 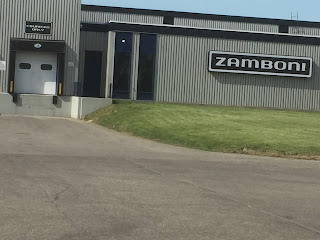 Here's a view of the Zamboni plant in Brantford. However, there are no guided tours. 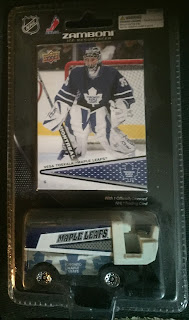 This is another one of those hockey related items available here in Brantford.