The title says it all. This is my 500th post. It's going to be a long but hopefully fun read.
I attended the NHL Alumni Tour in Brantford on Saturday night. 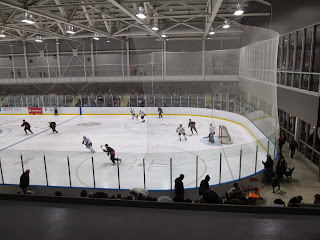 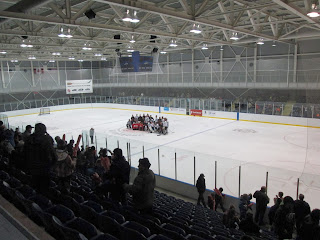 My wife was able to obtain a pair of VIP passes for the event. We were also scheduled to go to a turkey roll with a bunch of our friends. My wife still went so I was able to take another autograph hound with me. 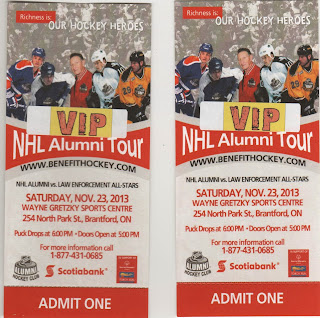 At the turkey roll, my wife was able to pick up this. 2012 Special Edition Winter Classic double mini-net and shooter tutor set.

My friend was at the Leaf game against Nashville on Thursday and picked this poster schedule up for me. 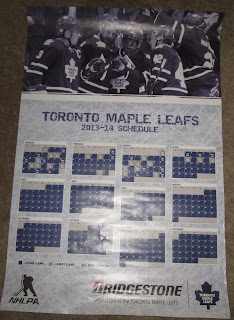 Here's the program for the game that was in support of the Special Olympics. 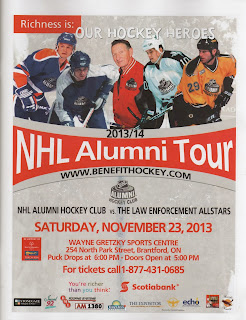 The only signature I didn't get was guest coach Stan Jonathon.
Now, here's last nights haul.
Brantford's Lord Mayor and Ambassador of the NHL Alumni Team, Walter Gretzky. He signed throughout the game and multiples. I only asked for one but he kept asking to sign more for me. I got a few more and he got up and hugged me, saying he appreciated I wasn't too greedy. That's Wally for you. 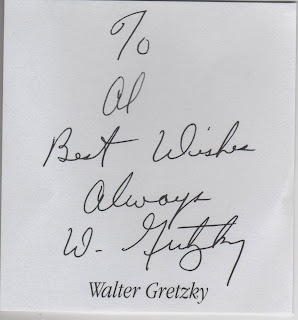 Guest Referee, Dave Hutchison
I already had signed cards of him and wrote about it here.
I did a custom card but the print job smeared. 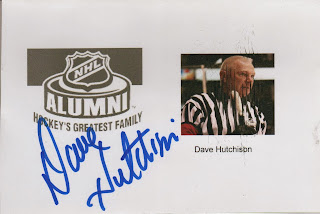 X2
Mike Pelyk
I already had signed cards of him and wrote about it here.
I got this custom index card and autograph sheet given out at the gate.

Brent Gretzky
Others from my collection here
I got one more signed. 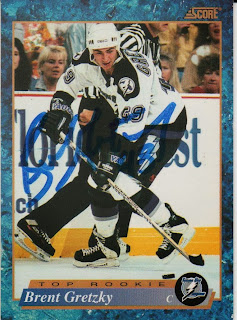 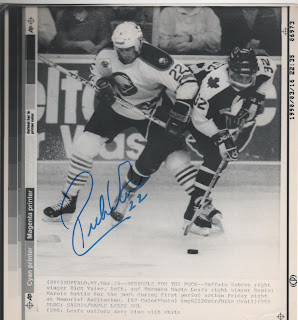 Bill Derlago
I have his cards signed which I'll post in the future.
So I got this custom photo signed 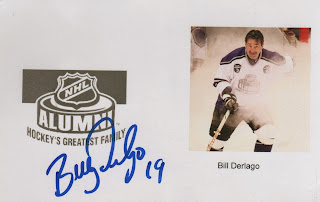 X 2
Dan Daoust
Again I have his cards signed but haven't posted as of yet.
I got this custom photo signed plus these wire photos. 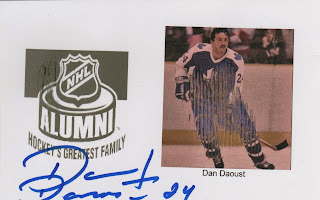 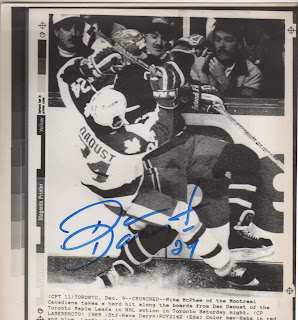 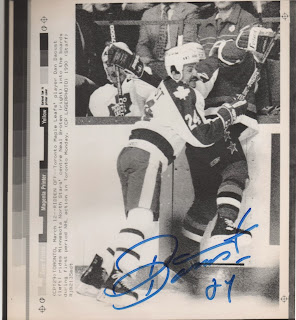 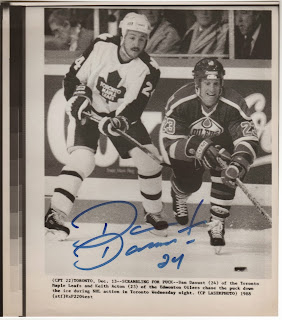 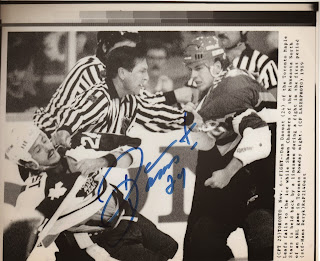 While signing these, he was reminiscing along with Tom Fergus. He even asked Tom if he recognized the linesman in one of the shots.
Tom Fergus
I've already got a lot of his cards signed so opted for the wire photos. 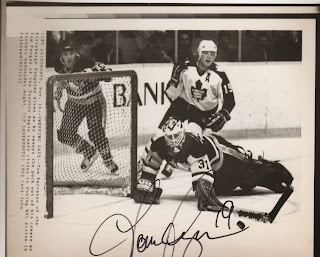 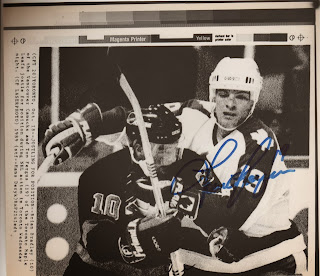 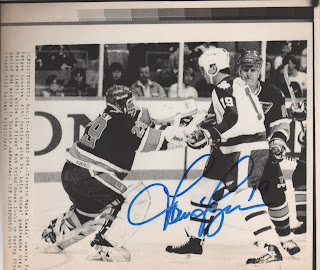 Mark Napier
Needed the 84/85 OPC one for the set I'm working on. When signing it, he said it was bringing back bad memories. Signing the wire photo from when he was Buffalo elicited a more favourable comment. 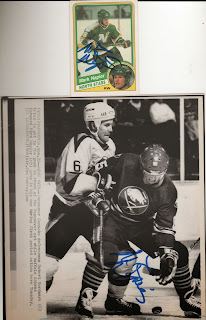 Matthew Barnaby
Got these two cards signed. Told him I'd probably see him later in the season. He's playing for the Dundas Real McCoys in the Senior A loop 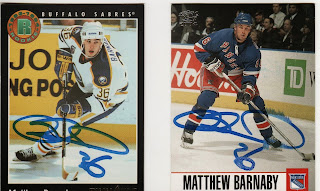 Mike Krushelnyski
Also needed the OPC 84/85 card. He graciously signed all the cards I brought and some wire photos. I have duplicates of most wire photos and ask the player if they would like one. He was the first to say yes and I provided him with a couple. He asked if I wanted it personalized. Of course, says I. 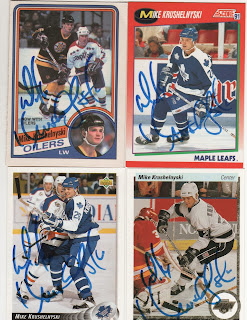 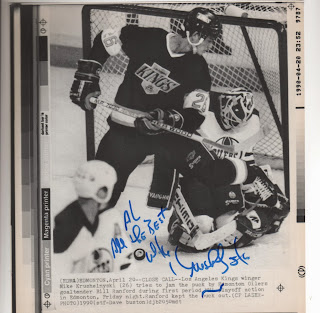 Mark LaForest
He signed this card and wire photo. He said looked like he was laying a beating on Sean Burke. He also took a few wire photo 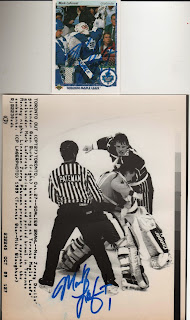 Marty McSorley
He signed  a few cards for me and a wirephoto. We also talked about kids, mainly how his kids keep him hopping and how my grandkids do the same. He shook my hand and appreciated me coming out for the event. 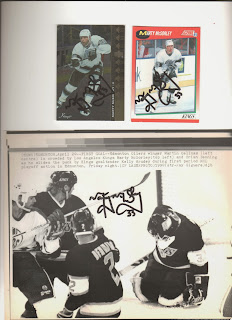 I found out on the Law Enforcement Allstars team was  Kelli Corpse.
Drafted by Montreal Canadiens
round 2 #44 overall 1992 NHL Entry Draft

Googling him I found out he's now working for the Brantford Police Services. I'll have to get some of his cards signed.

The VIP pass got you into the after party. Much easier to talk to the players and get autographs. It's a more relaxing atmosphere and you get to chat with most of them.
One thing with the wire photos is that you get a nice large signature.
Posted by hockey kazi at 12:53 PM