16 Players share today as their birthday. No signed items for any of them. I have seen this topic on a few other sites, so i will show you the hockey themed Christmas cards I have. 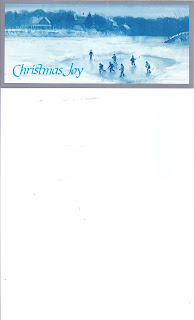 Received this Christmas card in 1986 from Hockey Ministries International. 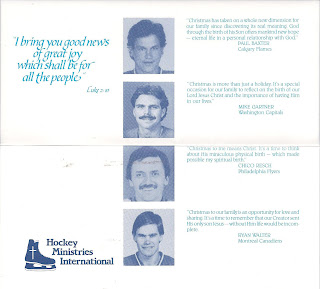 Some of the players who belonged to this group and I had received some autographs from in the past. 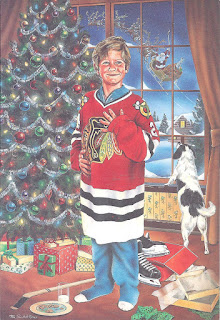 This is from the 1990/91 season as chronicled by Sal over at
http://www.puckjunk.com/index.php 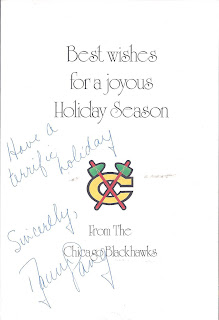 Fortunately, I had sent to goalie Darren Pang and he signed some index cards and sent along t his signed version.

Just some more of the things I have acquired.