Nothing for the 11 players, so better late than never some Christmas card cards. 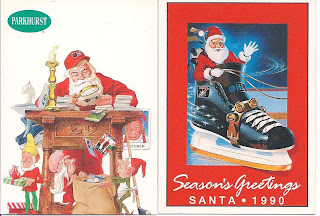 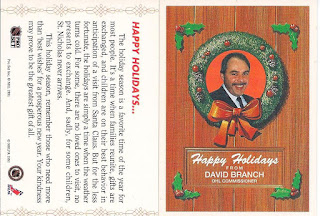 On the subject of Christmas cards, heres one you won't receive this year.
Paulina Gretzky, Wayne Gretzky's daughter, posted an outtake from her family's Christmas card photo shoot online. In the family portrait posted online, Janet is smiling, the rest of the family is scowling, and 23-year-old Paulina is in a lacy, white mini-dress. According to the photographer, the leaked photo strongly resembles the final version. The photo was intended for 100 close family and friends.
This isn't Paulina Gretzky's first social media transgression. In late November, she took a hiatus from Twitter after attracting international attention posting racy photos of herself, offering gossip-worthy glimpses into her socialite life.